For the third anniversary of Madeline in the Mirror I’ll be giving you some of my favorite things.

First up, Cake‘s Short Skirt, Long Jacket, one of my favorite songs. As Miles points out, there’s no real “singing” in the “song.” Doesn’t matter. Listen to the MP3 here.

I’ve been dancing around my house to these guys since, well, since roughly 1996. But this morning I had a serious Cake itch to scratch. The bass, the horns and the cabasa (THE CABASA!) are awesome, but dig the lyrics:

“Uses a machete to cut through red tape.” Hells, yeah.

Damn Sony BMG and their DRM, but you have to see the video; linkable but not embeddable. Hah! 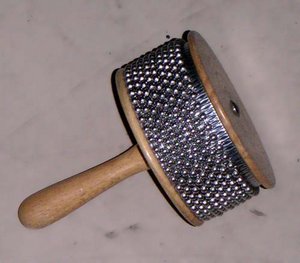